2143,32 руб
In stock
Hiroshi Katanishi is an expert of the European Judo Federation. Specialist of the highest class. Conducts seminars around the world in the framework of the project "Improve your club". Winner of the 8th dan
Array
Ask a question about this product

Great product from a great company!! I will buy again!

Hiroshi Katanishi is an expert of the European Judo Federation. Specialist of the highest class. Conducts seminars around the world in the framework of the project "Improve your club". Winner of the 8th dan. This is the most sought-after expert compared to 20 other specialists working on this project. It is easier to name the countries where he has not been yet than to list his seminars. It should be noted that the judo technique, which he demonstrates at the seminar, is completely based on the Japanese school of education. Date of birth March 11, 1952. At the time of the seminar in Canada (Vancouver), he was 65 years old, although it is difficult to believe in it.

In addition to these tricks, another technique was considered. Katanischi is a good demonstrator. He always supports all his explanations with a real throws. The seminar is designed for coaches working with children of 8 years and older.

Since 1976 - professional trainer and technical director of JKL.Since 1978 - an expert of Swiss dana in judo and jiu-jitsu.1979 - 1985 - National coach of the Swiss women's team.1992 - 1997 - coach of the Swiss national men's team.Since 1999 - Technical Advisor to the Swiss team.Currently he regularly holds seminars on judo techniques and methodics. 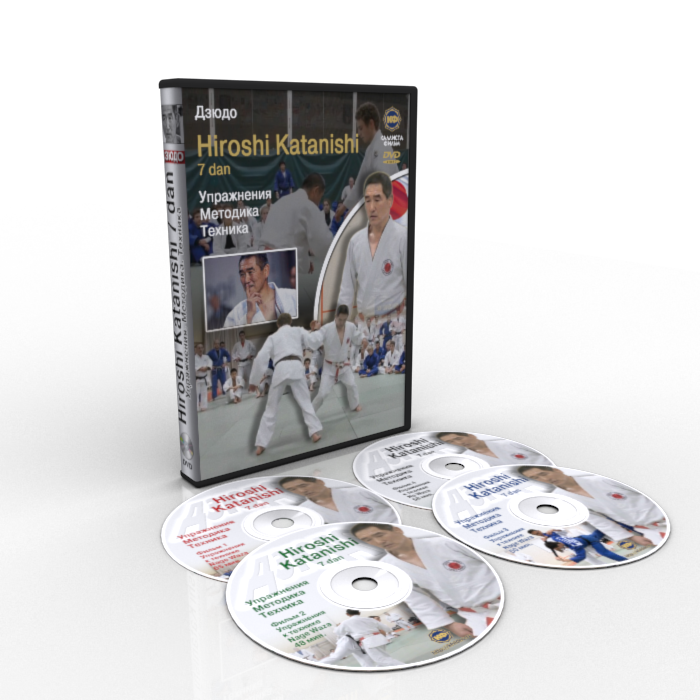 Compilation is based on seminar held in Canada in 2011.

In the seminar Katanishi examined the following topics:throwing techniques; preparation of throw movement of the athlete; grip.The main focus of the seminar is how to teach the technique of judo.This is seen not only from the demonstration throws (Katanishi perfectly fulfills throws), but also at the show, support assignments, exercises with a belt. Also keep in mind that it is a Japanese method of teaching judo.

The film will be useful for all: who loves judo, who is engaged in judo, teaching and studying judo.

Question from the buyer:

Answer:
Hello. No subtitles. You can embed them only when creating a DVD
There are yet no reviews for this product.
Copyright © 2020 Kallista Film. All Rights Reserved
We use cookies to improve our website. By continuing to use this website, you are giving consent to cookies being used. More details…